By Karen Tenney on December 13, 2012 in Conscious Departure 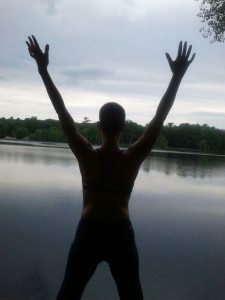 In June 2010, at the age of 51, I was diagnosed with an inoperable, malignant brain tumor – Stage Three. Once I got over the shocked disbelief that I might die within a short period of time, I became conscious very quickly of all the things in my life that were incomplete. It has been my express desire for the past twenty years to break the cycle of birth and death in this lifetime at the natural time of my death. I knew I had no time to waste in finishing up the business of my life – the spiritual business and the material business – so that I could leave without any attachments, regrets or illusory dreams left. By the time I got the news about my prognosis, there was really no choice but to prepare for conscious departure.

To depart consciously meant that I had to face the fact that my death was imminent, not sometime in the distant future. I wanted to make sure I did everything I could to break any and all attachments, concepts and beliefs that kept me tethered to the material realm. I wanted no more of the suffering that comes with being in a body. This became my predominant concern: to return to Spirit upon my death. I prayed and begged God with the greatest sincerity I could find. Practically speaking, I isolated myself to the degree that I could focus on returning Home to God rather than on material desires. When I strayed from this focus, The Lady, the Spiritual Master overseeing my dying process, guided me back on track.

Little did I know at the time that I would likely leave behind information for others who wanted to face their death consciously (with no illusion that they could beat it). Apparently, it was part of my destiny to teach others about preparing for conscious departure by how I faced my death with full awareness. To be honest, I was horrified. My ego was invested in some other destiny, certainly not this one. 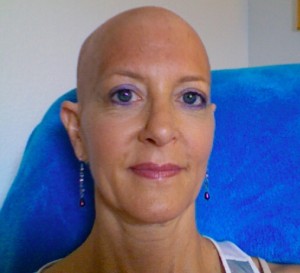 Letting Go of Who I Thought I Was

Up until that point, I saw myself as a healthy, vivacious woman with so much living left to do. I wanted more of life – more time to spend raising my daughter, more time to have a meaningful and lasting relationship and more time to experience a sense of fulfillment about what I had accomplished in life. But that was not to be God’s plan for me. My whole life story – from age fifteen on – was that no matter what I did, no matter how hard I tried, I always came up short. Love relationships never lasted. I had everything materially that anybody could want but the only thing I would be remembered by was how I went about dying?? No f***ing way would I have chosen this destiny for myself.

Letting Go of What I Thought Death Was

Over the course of my spiritual path, I learned that this is a world of false hopes and dreams. I had heard it hundreds of times from Kalindi, my Spiritual Master. I had listened very carefully to every single teaching related to death and dying. But when it came to my own dying, it meant I had to say goodbye to this world and all of the things I held dear. It was much harder to accept my death than I thought. After all, I still felt this wounded child inside that needed to be fully healed before I could leave, not to mention my own child who was still so young to be left to cope with life without a mother.

I learned that death does not adhere to anyone’s plan or timing. My desires, concepts and beliefs about death had to be given up. I fantasized about dying in my sleep but underneath it all, I was terrified that I would lose my mind first. Whereas my intelligence had always been one of my greatest assets, I feared that I would become a vegetable because of where the tumor was located. I cried many tears – tears for my ten-year-old child who would be losing her mom and tears for letting go of everything I knew and believed about life and death and about God.

During graduate school, I read Kubler-Ross’ On Death and Dying, and was greatly impacted by how she had mapped out the stages of death. I took out her book again to give me some answers about what I might face, but they only partially satisfied my mind. I would go through the dying process as I went through it. There was no map.

I went on chemo for ten months, followed by radiation for 7 weeks, 5 days a week. Chemo made me nauseous practically all the time and lowered my immunity, forcing me to isolate myself from group activities at our center. Meditating with others and staffing spiritual events had been my spiritual lifeline for so many years. Now, I had to move forward on my own.

After radiation ended, I went to Brazil to see John of God (João de Deus), perhaps the most well known ‘conscious medium’ alive. According to him, he gives over his consciousness to the spirits of former doctors and known saints. These entities present teachings, give talks, and examine the thousands who line up to receive their counsel. When called for, the entities conduct visible and invisible (i.e., energetic rather than hands-on) operations that are scheduled three days a week at the Casa. Since João discovered his gift as a teenager more than half a century ago, some fifteen million people have been treated at the Casa. João claims on his website: 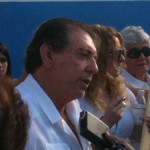 “I do not cure anybody. God heals, and in His infinite goodness permits the Entities to heal and console my brothers. I am merely an instrument in God’s divine hands.”

Who knows what helped me the most. All I know is that after all my treatments.  I had a miraculous recovery. My recovery was as shocking as my diagnosis. So much had changed. I was ready as I’d ever be to leave this material plane once and for all. Now, what would my life be like post-cancer?

How My Personality and Habits Changed

Over the past two-and-a-half years since I was diagnosed, my personality had changed. From a boisterous, enthusiastic and carefree person, I became much more serious, focused and introverted. My meditations became quieter and less active. Some days I lay in my bed for hours listening to church music and praying to have the strength to accept God’s will for me, whatever that turned out to be. Admittedly, I was very depressed. The depression lifted when I was recording my story or spending time with my daughter who was devastated by the prospect of losing her mother.

By staying deep, quiet and calm during this period of time, I was more easily able to access the answers I needed about how to get as close to God as possible before my final departure. I also got answers about how to tie up any loose ends that might keep me bound to material existence. I got very specific direction from The Lady about how to care for my family, especially my daughter, as I faced death.

Now, a different phase has begun. I have been in remission for over a year.  How and why I was graced with more time to advance spiritually eludes me, but I am grateful for every moment I have to come closer to God and give to everyone with whom I come in contact.

If I could name the five most important lessons I’ve learned from facing my death and preparing for conscious departure, they would be:

The True Realm of Existence