By Karen Tenney on September 5, 2013 in Cancer and Parenthood, Helping Kids Cope

Back on the Blogging Trail

I’m back on the blogging trail after having fallen off the blog wagon for a few months. My apologies to my readers for the lapse in my posting since the summer began but I was busy having a spectacular summer travelling to Europe with my daughter and to St. John for the Heart of The Matter Retreat with Piper and Dove.

I had promised Kaya last year that if I felt well enough to go to Europe after my treatments for brain cancer ended I would take her there. When I got diagnosed with cancer for the second time – breast cancer –I thought for sure we would not make it this year or perhaps ever. Fortunately, in the midst of my breast reconstruction, we were given a window of time when we could take the trip to Europe. And so we did.

In June and July, Kaya and I visited many of the places where I had traveled with my parents as a young adult and with friends later on. We flew to Hamburg first to visit my ex-husband, Christoph, who showed us around his home town. Stefan and Noah Sprenger, our dear friends, flew to Hamburg with us. 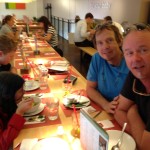 Christoph, Stefan, Noah and me at Japanese Restaurant in Hamburg 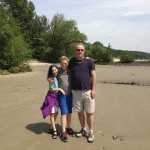 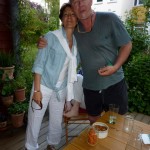 Christoph took Noah, Kaya and I to Amsterdam to see the city and its museums. We stayed in a teeny-tiny flat near the Anne Frank Haus and visited several museums, including the Van Gogh and the Museum of Handbags, one of Kaya’s favorites. We even went to a Cheese Museum and to the “Red Light District” that Amsterdam is so famous for. 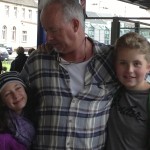 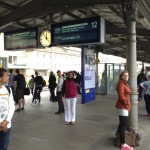 Karen at Train Station to Amsterdam 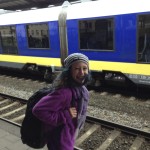 Kaya Waiting for the Train to Amsterdam 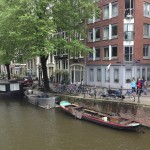 Canal with Houseboats in Amsterdam 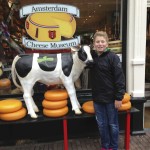 Noah in Front of Cheese Museum 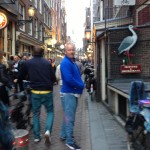 Christoph at The Red Light District 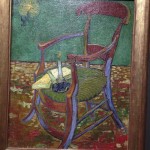 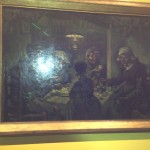 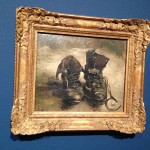 There is no way to describe how amazing Van Gogh’s brush technique is until you are standing in front of one of his later paintings. He practiced for years to perfect his stroke and became famous for the bold colors and thick layering of paint he used. Photos were not allowed in any of the art museums but I managed to take a few of my favorites when the museum employees were texting away on their cell phones. 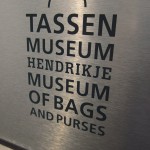 What a discovery to find a handbag museum with 500 years of bag and purse history in a very opulent 17th Century canal house. We saw the Tassen Museum as we took a tour boat down the canal. Later that same day, Kaya, Noah and I returned to the museum to see the exhibits and enjoy late afternoon tea and scones in their coffee shop.

As for the purses, here are a few that impressed us the most. 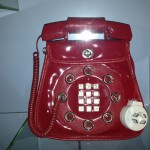 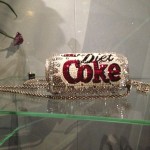 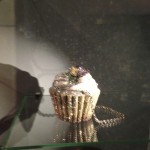 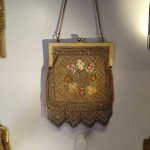 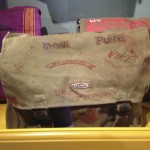 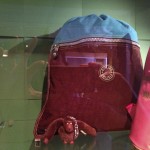 After Amsterdam, Kaya, Noah and I took the train to Munich where Tor, our knight in shining armor, and Amundi from Iceland met us at the train station. We stayed at the house in Vaterstetten where I lived for the three months I spent in Munich in 2007-2008. We spent time with Carmen and her daughter, Juliette, and with Karin and her daughter, Anastasia. Kaya and Juliette became fast friends and walked about town on their own.

One highlight of our trip was a visit to the Neuschwanstein Castle with Alexander Saager and Henry, Alex’s Godson. I even got to go to a meditation at the Munich Center while I was in town. I love Munich, especially in the summertime. 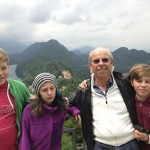 Noah, Kaya, Alex and Henry at the Neuschwanstein Castle 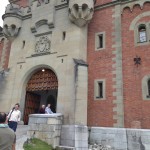 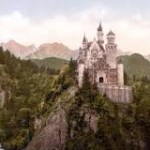 Florence was lovely. Our hotel was near the Ponte Vecchio and Il Duomo in the center of town. 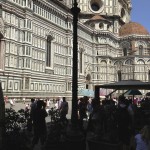 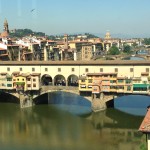 The concierge at our hotel (Hotel de la Ville) named Barbara gave us great recommendations for restaurants, hairdressers and the best places to buy everything we needed. Buca Mario was one of our favorite restaurants in town. In general, the food was by far the best on our trip.

Kaya got a very groovy haircut in Florence with one side cropped really short and the other falling down to her shoulders, streaked with blue highlights. 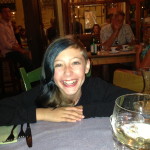 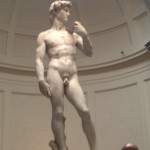 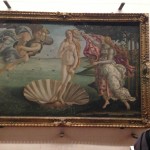 I  had seen all of the famous museums and sites in Florence on previous visits but I was still wowed by the magnificence of Michelangelo’s Statue of David at the Galleria dell’Accademia and Botticelli’s The Birth of Venus at the Uffizi Gallery. 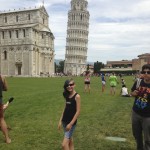 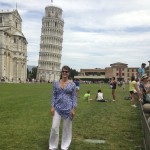 We took the train to Pisa on our last day in Florence where we saw the famous Leaning Tower of Pisa. Kaya and I decided not to wait on the very long line to get inside. Instead, we had our second gelato of the day and took photos.

I am very grateful that I was able to give Kaya this trip. I knew it would mean so much to her.

Now she asks, “Okay, Mom. Where are we going next year?”