By Karen Tenney on May 21, 2013 in Inspirational Quotes, Spiritual Masters – Teachings

The Masters of Our Time – dafreesan

I discovered this article by dafreesan while looking for information about known Spiritual Masters. I couldn’t help but notice that this article had only 6 likes (one of them mine) and this author had 16 followers. I’m glad I came upon this article and could repost these quotes. They brought me back to a time when I was studying world religions in graduate school based on a desire to know more about God.

I’m starting this series of 6 posts with U.G. Krishnamurti, who many say was a rebel in his time. Dare I say that all Spiritual Masters were rebels in their time in that, like Buddha and Jesus, they all went against the religious grain of the era in which they lived.

There may be many people who get enlightened but do you know there are 6 people who dominated the last century by their wisdom, love and light. Although there views are different, ways are different, techniques of meditation are different but the message is the same. Awakening and love. Every master teaching the same thing, and telling the importance of self-realization. Unless you know “who you are?” everything you do will be wrong. “Who am I” is the fundamental quest of all spirituality and meditation. One similar thing about following masters is that no one created any organized religion. Their followers may create a religion around their philosophy that is different thing. They are teaching religiousness and not the religion. Their wisdom is fire and it has power to burn the ignorance of ages. In following quotes they teach us about learning, guru, love, death, relationships, meditation, awareness, courage, truth, fear, enlightenment, living in the moment and much much more. 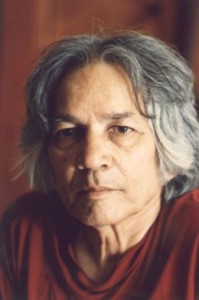 4 Responses to Six Enlightened Masters of the 20th Century – Part I: U.G. Krishnamurti